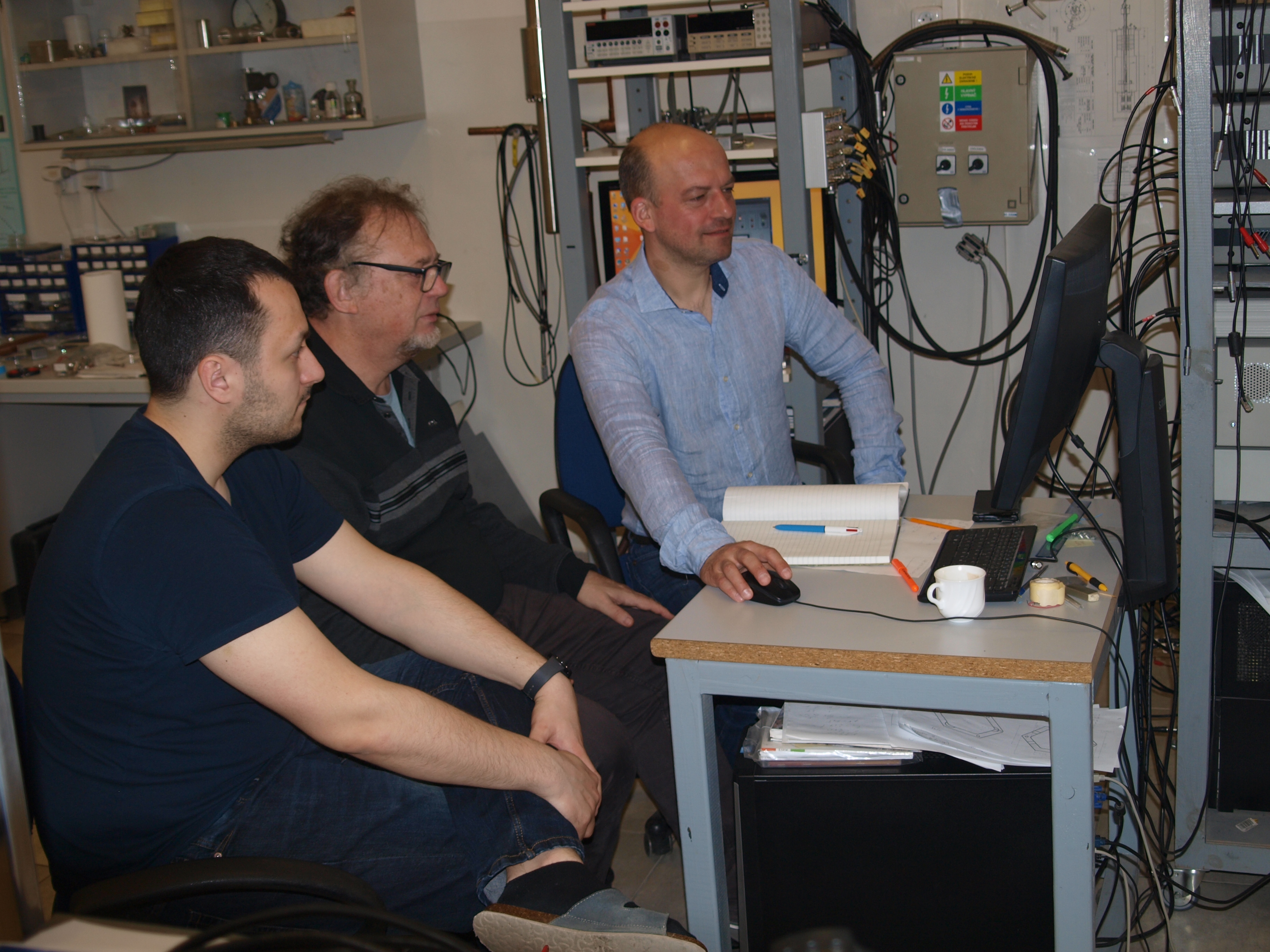 Centre of Low Temperature Physics (CLTP), in the framework of the project EU H2020 European Microkelvin Platform (EMP), see www.emplatform.eu, for the first time provided its experimental facilities for foreign applicants for so-called Trans-National Access. Dr. Christophe Marcenat, researcher at CEA Grenoble, France, has been given the opportunity to carry out his scientific project: Modulation Calorimetry at Milikelvin Temperatures.

The aim of the project is to extend the temperature range of the measurement of heat capacity by the so-called ac-calorimetry method to very low, millikelvin temperatures. Heat capacity is a fundamental physical parameter of any physical system. It is a thermodynamic parameter that characterizes not only the total internal energy of the system, but also reveals the energy exchange processes in this system that is related, for example, to phase transitions. One of the techniques for measurement of heat capacity is the above-mentioned ac-calorimetry method. It is very sensitive technique, in which the thermal response of the sample to an oscillating heat signal is measured. The advantage of this technique is that it allows to measure with high accuracy the heat capacity of very small, microgram samples.

During the project Dr. Marcenat, together with colleagues from CLTP, designed and implemented a new ac-calorimetry measurement system and realized a series of test measurements of this system in a temperature range below 1 Kelvin using 3He refrigerator in magnetic fields up to 8 Tesla. After tuning the new calorimeter, they verified its functionality on a test material, where they observed so-called quantum oscillations in heat capacity depending on magnetic field. The next step in the project will be the implementation of ac-calorimetry in a dilution refrigerator. The total duration of the scientific project is three months.